“Commercial operation developed by a consortium of greedy florists? Product of the Vichy regime? Or a strategic intervention by the noodle necklace lobby? Where does Mother’s Day really come from and what is its history? A short investigation. 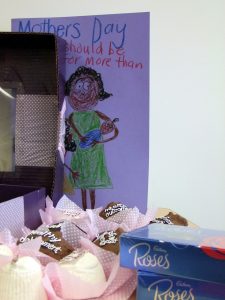 Nowadays, Mother’s Day is undoubtedly the most celebrated annual holiday in the world: a holiday in honour of mothers. The exact date varies from country to country and sometimes from region to region and city to city.

– On Gifts-custopolis, Mother’s Day is also the most important holiday, but you can find unusual Mother’s Day gift ideas all year round and around the clock.

It was in ancient Greece (long before the advent of computers and websites) that we find the first traces of celebrations in honour of Rhea, the mother of the gods, and in particular the mother of Zeus, who was honoured on that day. On the occasion of this festival, women received gifts.

These mother’s day traditions persisted until the fourth century AD and the emergence of Christianity.

In Christianity, which brings together Protestant, Christian and Catholic religions, on the fourth Sunday of Lent, Laetare Sunday, there was also a form of celebration of motherhood. A Gregorian chant; the Introït which marked the beginning of a mass and refers to the mother’s milk called Motherhood Sunday.

The religious celebration waned in the 19th century and was replaced by the American Mother’s Day, conceived by Anna Jarvis in the early 20th century. From then on, it was no longer a religious holiday.

In the 19th century, in France, in order to deal with the falling birth rate, many associations campaigned for the introduction of a Mother’s and Father’s Day. Artas, a village in the Isère region of France, was given the title of “cradle of Mother’s Day”, because in 1906 a first ceremony in honour of two mothers of large families with nine children took place.

Although the Vichy regime (1940) included Mother’s Day in the French celebrations, it did not create it, contrary to a widely held belief.

Mother’s Day is very popular in France and was enshrined in law on 24 May 1950.

President Vincent Auriol fixed the date of Mother’s Day as the last Sunday in May and postponed it to the first Sunday in June if the date coincided with Pentecost.

In the United States

Woodrow Wilson, who was President of the United States for two consecutive terms from 1913 to 1921, introduced Mother’s Day in the USA on 9 May 1914.

It is a recognition by the State, through a special day, of mothers of families, thanks to the perseverance of the publicist Anna Jarvis who had multiplied initiatives to establish a mothers’ day since 1905. Mothers’ Day was also a unifying event in the pre-war atmosphere with Germany (1914-1918).

Mother’s Day is celebrated by children and adults alike, there is no fixed age for honouring your mother. Whether you are the president of a country or a simple worker, everyone celebrates their mother according to their financial means.

On Gifts-custopolis.com there is no age limit to find an original gift for mum.

We can already say that some items are not to be given on Mother’s Day, such as a home maintenance item like an ironing board and iron or a “book for dummies”… unless it is your mother who wants the latest fashionable household tool or a very specific book, but which it would not be wise to give on your own initiative.

In short, many gifts that are very “homemade”, that make a lot of noise, that risk upsetting everything in her house. It is also not advisable to give certain anti-wrinkle beauty products, slimming products or soaps as they convey a negative message if they are not bought personally.

Also not recommended: clothes that your mother would not have chosen, especially if she had not provided you with information on her size and tastes…

Many children make beautiful gifts at school from paper crafts, noodles, clothes pegs or many other items found by the teachers.

Many schools have little money, so Mother’s Day gifts are paper flowers, noodle necklaces, trivets personalised by the child, frames with real and beautiful leaves, a big drawing of mum etc. Gifts that most often provoke admiration and joy in mothers.

For the older ones, the gifts are obviously different: flowers, trips and city-trips for the richer ones. Mother’s Day gifts are therefore very numerous and of all kinds.

The average budget for Mother’s Day is €55.

However, the number one gift is still flowers.

You will find a wide range of unusual Mother’s Day gift ideas on Gifts-custopolis.com.

The American Anna Jarvis, born on 1 May 1864 in Webster and died on 24 November 1948 in West Chester, was one of the initiators of Mother’s Day in the United States. She called for a boycott of Mother’s Day, without much success, because in her opinion it had become too commercial.

This appeal was not really followed up, because according to some journalists 9 out of 10 mothers are celebrated.

According to some people, this holiday has become too commercial and some have resisted, such as certain schools (particularly in Belgium) which have decided not to celebrate mothers for fear of stigmatising children with complicated family situations, or certain LGBT (lesbian, gay, bisexual and transgender) activists, or for any other reasons which we find implausible in view of the character of Mother’s Day, which is a recognition of all the children for their mothers.

It is worth noting that Americans spend an average of $160 per person each year, or $20 billion, to celebrate mothers. 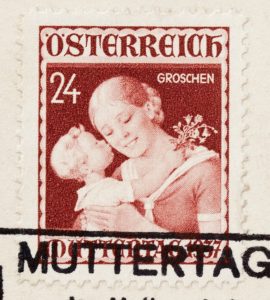