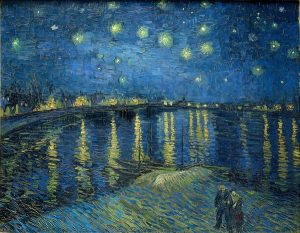 When people ask in the street what Leonardo da Vinci achieved in his life, many answer: it was an artist who painted the Mona Lisa, a famous painting now on display in the Louvre Museum in Paris. But how many people know that his career was very rich in different specialities and that he was a brilliant discoverer in different sectors.Leonardo da Vinci was a genius and a precursor for many inventions such as the parachute, the ball bearing, the diving suit, the bicycle, the robot, the calculator, etc. Leonardo da Vinci was born in Florence in 1452 and died in 1519.

In his 67 years of existence, Leonardo da Vinci finally left few paintings to posterity. Leonardo da Vinci produced only about fifteen paintings over his entire life. However, it should be noted that some works have been lost. However some works have been lost. It should be known that this great artist carried out many tests and trials of new techniques, procedures, methods: which took him a lot of time. In addition, he listed everything in his notes and notebooks. He completed them with numerous illustrations, drawings and diagrams to experiment with new techniques. He was overflowing with imagination, as can be seen in his notebooks, writings and drawings. An unrepentant procrastinator, he worked for 15 years on a project that would never come to fruition: a project for an equestrian statue in homage to Father Ludovico Sforza. (Source: Geo.fr)